We first spoke to Benny (79) in April of last year. Although we’ve not yet had the chance to meet Benny in-person, that hasn’t stopped him sharing wonderful stories with the East London Cares team and keeping our spirits up with his wonderful phone calls. Here, Benny shares one of his stories with us - of his 40 years spent working on the famous Petticoat Lane market.

“No matter where you go in the world, or who you speak to, everyone has been to, or heard of, Petticoat Lane”, Benny explains. “And it sold everything - everything you could think of. Clothes, jewelry, pots and pans, toys, etc...They sold anything, whatever you want. And the prices were so reasonable because it was all so competitive”.

Benny’s life-long love for market life in London began when he was just a boy, helping out his father on his own stall in Peckham, selling fruit and veg. When he moved from south London to east London he started his own stall hiring business. “We could hardly walk down the street, it was that busy”, he laughs, explaining the bustling crowds of people and chickens. “There’d be Dutch auctions going on, betting on horse races, all sorts”. 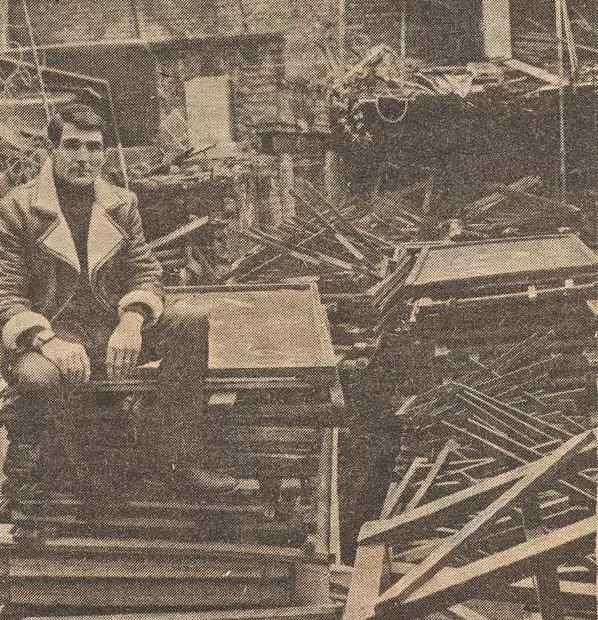 Photo courtesy of Benny. Benny amongst the stalls in the 1980s.

Describing Petticoat Lane, Benny tells us, “it’s always been a hub for people with immigrant backgrounds. It still is. My grandmother was from Poland and left during the war and settled in Whitechapel, but there were people who settled in that area from Ireland, and those who had come to England on the Empire Windrush. The lane was a diverse place, and today is very cosmopolitan".

By the 1970s, he’d purchased his first stalls that he intended to hire out on Petticoat Lane market. Eventually, he went on to purchase 900 stalls, and was working with his two young sons, Joey and Mickey. “There was a lot of banter on the lane and you’d meet all sorts. You would see people there covered in blood from running the chicken slaughterhouses too. There was always lots of hollering and joking. But there was also such a community spirit there. People would open up to you if you worked on the market, and sometimes tell you things they couldn’t tell their own families. If you were approached, you’d just ask him or her what was wrong, take them for a cuppa and talk it out. Most people who have got problems like to have a shoulder to cry on. The old saying is 'a problem shared is a problem halved', after all". 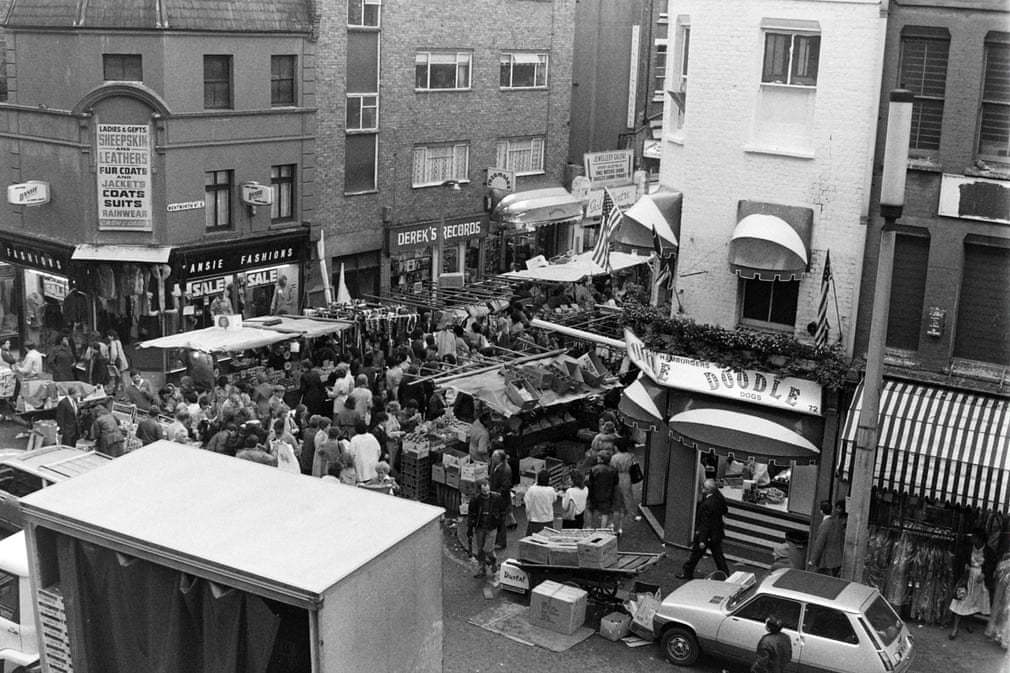 Photo courtesy of The Guardian. Petticoat Lane in 1986.

“The lane was also a place for ‘down and outs’. They would often find it hard to find work, but I used to employ them to help me set up the stalls, which they worked in all weathers. I’d often hire people to work with me who just needed someone to give them a chance”, he remembers. “But it was hard work - rain, snow, whatever it was, we were there. And before proper licensing when you would be able to reserve the spot for your stall, sometimes I’d actually have to sleep on the spot just to make sure I’d have it the next day”.

In the prime of Petticoat Lane market it could accommodate over 900 traders on the stalls, and it became one of the biggest and most famous markets in the world. “Of course, before it was Petticoat Lane market, it was known as 'Hogs Lane', but that’s a whole other story”, Benny finishes. “There’s so much history there to be explored.”

Sasha is the Volunteer and Outreach Coordinator at East London Cares, reaching older and younger neighbours and connecting them to our Social Clubs, Love Your Neighbour programme and Winter Wellbeing project. Previously Sasha has worked at Age UK and Coram, and volunteered at our sibling charity North London Cares.