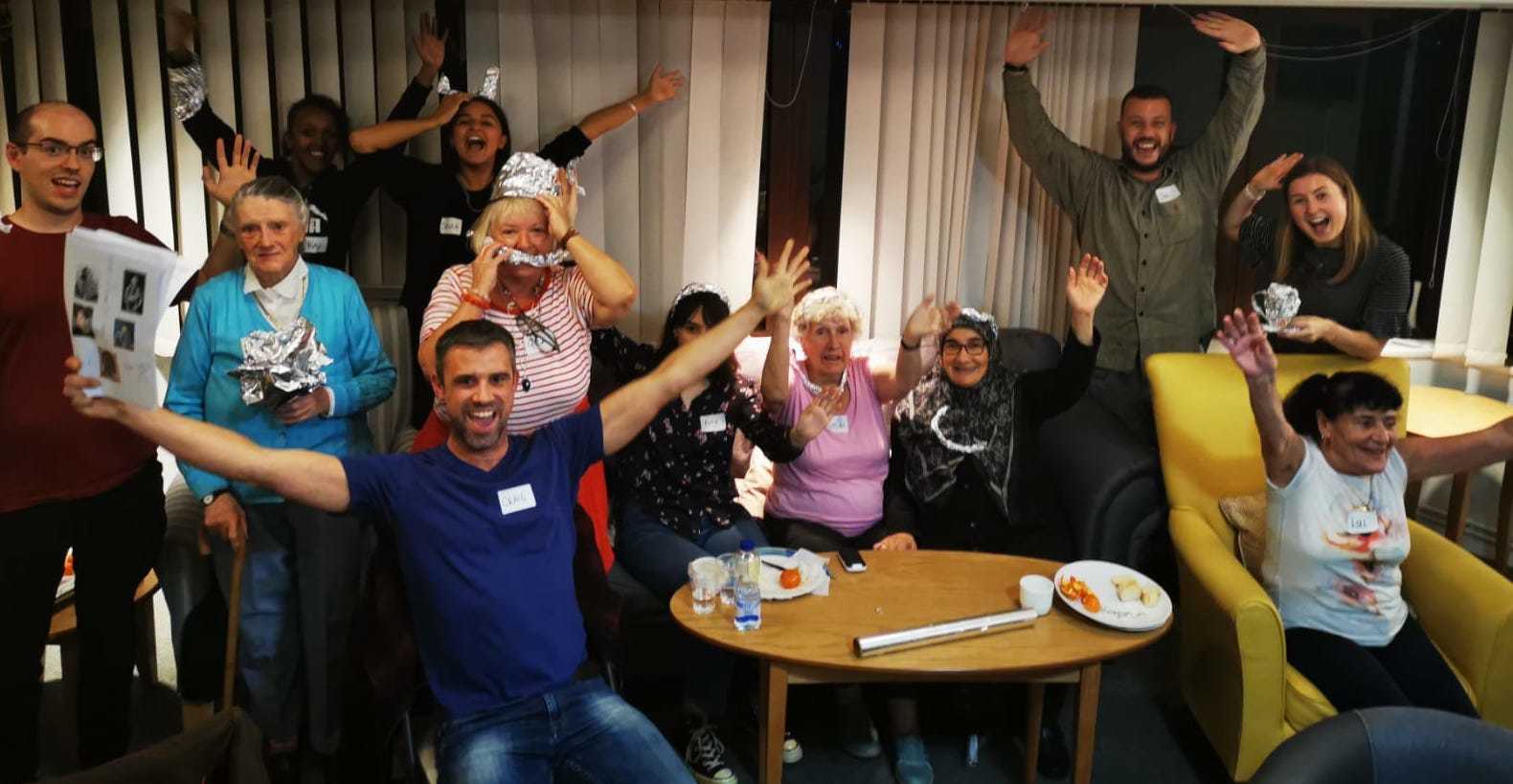 As the Programme Coordinator for Social Clubs at East London Cares, October saw me hotfooting around the East End like never before in planning and preparation for our first Social Clubs. Having lived in Tower Hamlets for 22 years I thought I knew my manor so well. And it’s true, I do know it well, but it turns out to be not as well as I thought! The area has changed so much – and continues to change at pace – that it’s hard to keep up with the new and amazing spaces and places on offer. We’ve had the best time meeting with many brilliant organisations, community groups and local businesses across Tower Hamlets and Hackney: as well as connecting with older neighbours while we’ve been out and about. 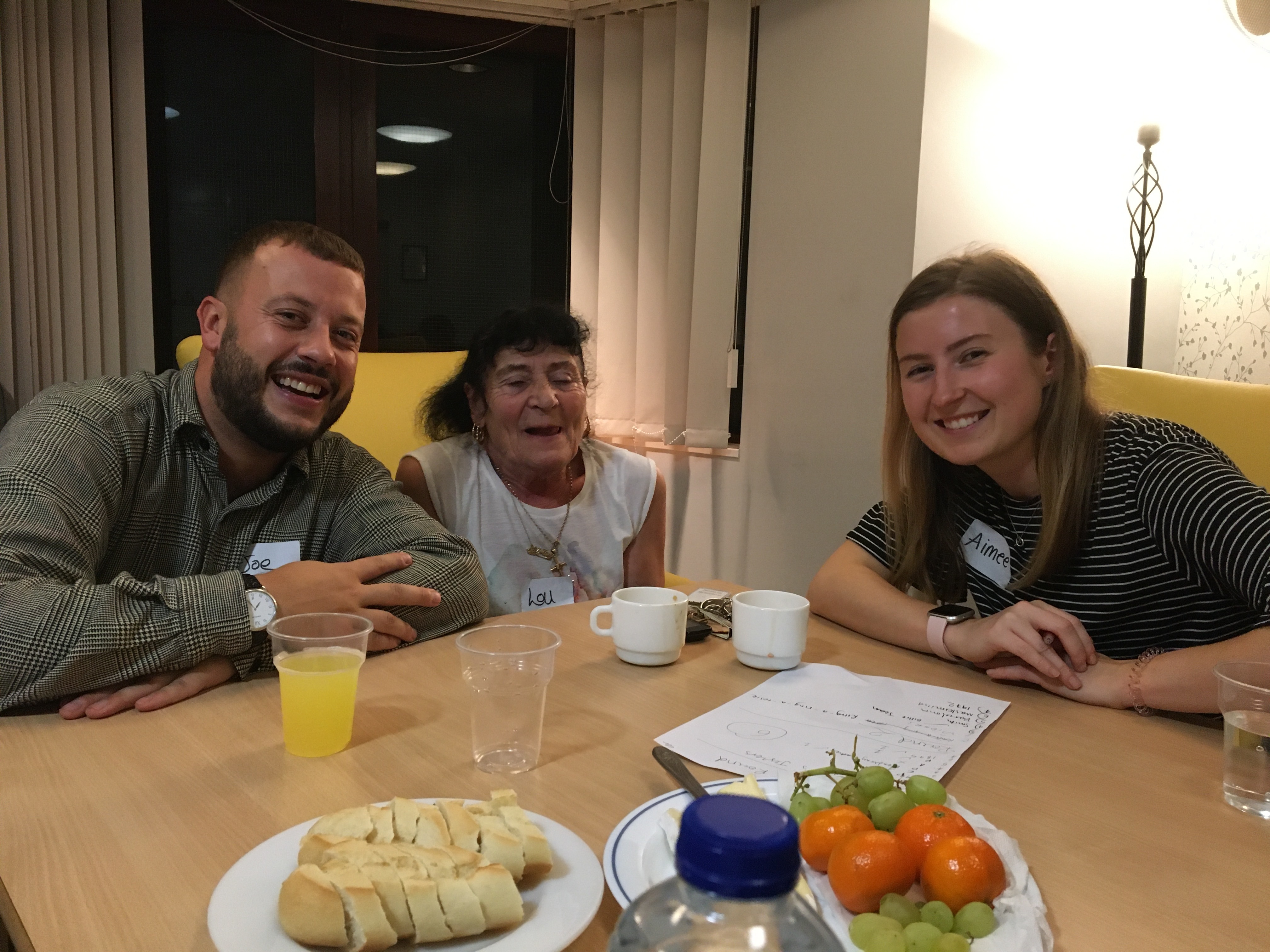 Joe and Aimee met up with Lou, aged 82, to make a winning team!

Our first social club took place in Haggerston, on perhaps the drizzliest and dreariest night of the year (so far). You never would have know it inside though! 12 younger and older neighbours arrived at our Quiz Night strangers and left pals – becoming instant hits with each other. They laughed their way through a tin foil sculpture competition, local knowledge quiz and moonwalk-off. Josie told Lucy she used to know Sid Vicious' uncle, while Lou shared her Cockney credentials (she was born within earshot of the Bow bells). "That was the best laugh ever!", said Lou, 82.

As it turned out, the prize for winning the quiz was to sing a very loud happy birthday to Jill, who was turning 70 that week. The whole group erupted into Happy Birthday and the night ended in song and smiles. The quiz was over, social clubs however had literally just begun!

At our second social club, we enjoyed a performance by the Grand Union Orchestra in Bethnal Green. What a cracking Friday night that was! In celebration of Black History Month, we gathered in the beautiful and atmospheric St John’s in the heart of Bethnal Green. 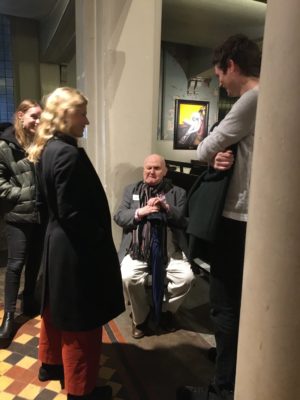 It was 74 year old David’s first social club. When we met him at a bus stop in the local area the week before, he described himself as a shy man. It was hard to believe it that night as he wooed his fellow younger and older neighbours with his childhood stories of watching boxing matches in the East End in the 1950s. Collective jaws dropped as David revealed he has a collection of over 10,000 vinyl albums! Sisters Brenda and Ruth hit it off with their younger neighbours Cian and Ciara, and Ruth was super excited to be introduced to the band.

Our third ever social club took place on a Saturday morning in Clapton. This time younger and older neighbours got together for a morning of inspiration at our Modern Art Workshop. Local artist Liz Spencer, an East End girl through and through, helped to get the creativity flowing. The gang listened attentively as we explained how to get the best results from the printing process, even if they had never tried it before! Conversation was lively as ideas were passed from neighbour to neighbour. In no time at all the room the gang were creating masterpiece after masterpiece! 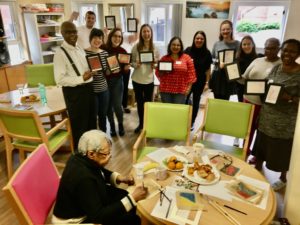 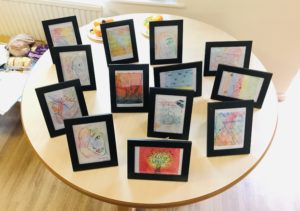 If you know someone aged over 65 in Tower Hamlets or Hackney who might like to join us at social clubs – get in touch.

And if you’d like to get to know your older neighbours, and share new experiences with them, sign up to volunteer! We have lots of exciting social clubs happening in November. Sign up to our next volunteer induction and get involved!

Craig is the Programme Coordinator for Social Clubs at East London Cares, designing clubs to bring together younger and older neighbours with fun activities across Hackney and Tower Hamlets. Craig has lived in east London for over twenty years, previously working as an artist and in galleries.