I’d been offered a job in London, and as an English Lit student graduating in a time when austerity was biting and the financial crash still rumbling, I felt I had no choice but to take the job even if it wasn’t what I wanted to do. I scrapped my summer plans and hurriedly moved to a new city. And for the first time, I experienced loneliness. I knew I was privileged to have a new job and a room in a dynamic part of London, but I couldn’t help feeling disconnected from the people around me enjoying the long hot summer. I didn’t have anyone to share it with.

And then I found out that that the shared house I was living in was famous (in some corners of the internet at least, see below) for being haunted, and that felt like a proper sign from somewhere that life had taken a wrong turn.

Fast forward three months and I’d said goodbye to the poltergeist I’d apparently been roommates with, and moved up the road, to Bradley Lynch Court in Globe Town. This time I wasn’t living with strangers, but four friends. Everyone, after summer, seemed to be moving to London. I was suddenly hyper-connected. For the first time I was using a Google Calendar to manage my social life. It was weird but it was fun. The contrast to my lonely early months in London couldn’t have been starker. 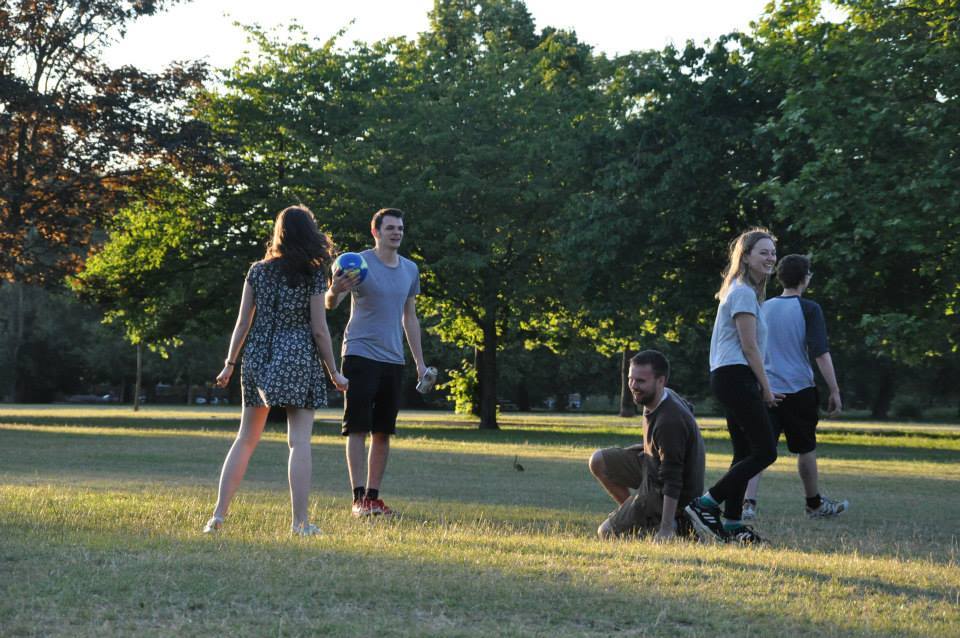 I have happy memories of long and languid days in Victoria Park or London Fields followed by nights in The Passage (RIP, lost to developers). I joined a choir, and despite the fact I could never remember the lyrics never mind the tune, Oval Space and St-John-at-Hackney misguidedly let us perform. That year we'd cram 60 people into our Bethnal Green flat and dance and dance until I was too tired to pretend I liked the Jungle blaring out of the speakers.

But while I loved those parties, they helped me to see I was disconnected. Our neighbours, an older couple – who had lived on the estate since it was built in the 70s –  complained to the council about the noise we were making. It hit home that I wasn’t connecting with what was around me. I was a young professional moving into an area that was gentrifying at an alarming rate, enjoying this gentrification, and making no effort to connect with its people, or learn about the history of the area. It was a playground for me, and each new fake-industrial-bar a bonus, but it wasn’t fun for the people who had called it home for decades.

My disconnection to the area around me – and my lack of neighbourliness – was hammered home when I woke up at 6am to the sound of shattering glass. I looked out the window and saw that someone was breaking in next door. When the police came and discovered there was no one in the house next door, and asked me who lived there, I realised I had no idea if it was occupied or not. It was another realisation that I hadn’t engaged properly in my area. 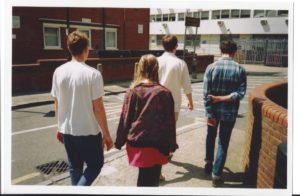 There are hundreds of thousands of people in Tower Hamlets and Hackney like 23-year-old-me – who wouldn’t know their neighbours’ names, or if they existed – and wouldn’t recognise Dalston or Hoxton or Stoke Newington of 18 years ago, let alone what it was like in the 50s, 60s, or 70s.

Having taken a job at the Cares Family, I've now spent four years living in communities where I’m engaged and connecting with people who I share very little life experience with. I’ve learnt when you scratch at the surface, even very gently, the odds are high that you will have so many shared passions, ideas or the same sense of humour. These connections have enriched my life and deepened the love of where I’ve lived.

Last year I moved to Liverpool for work. It’s an amazing city, but one where I didn’t know a soul. Even more than my first few months in London all those years ago, I felt lonely in a visceral sense. In an irony not lost on me, I felt isolated while helping to set up a charity (East London Cares’ sibling charity, Liverpool Cares) that tackles isolation. What did the most to counter my isolation in Liverpool? Not the texts, calls and cards through the post from other cities, as great as they were. It was discovering at one of Liverpool Cares’ social clubs that Kathy, 74, and I couldn’t live without the exact same set of books and bonding with Charles, 67, over the four left feet we have between us at a dance. 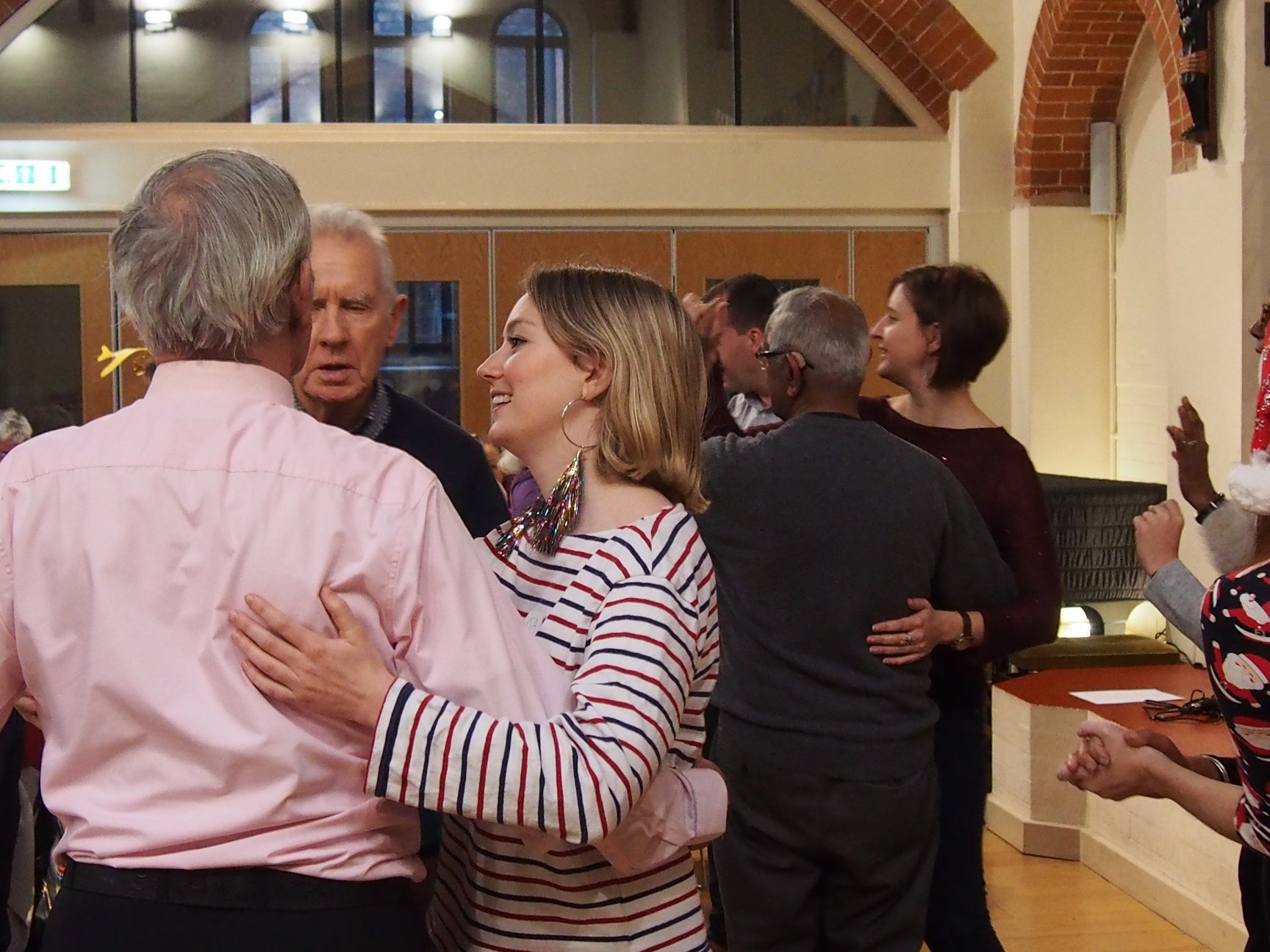 I want more young people to get to experience that in east London, and to better understand its roots and proud history. But I also want my older neighbours to get to know parts of their neighbourhoods that I and my friends have loved, but that they might feel aren’t for them, like The Spread Eagle in Homerton, London’s first vegan pub.

East London Cares will be starting its programmes in Autumn 2019. We’ll be connecting younger and older neighbours through social clubs such as Desert Island Discs evenings, creative writing sessions and tequila masterclasses, as well as one-to-one through our friendship matching programme Love Your Neighbour. Our proactive and innovative outreach will identify people at risk of isolation and loneliness, and connect them to the practical support they need, as well as to the brilliant people of Tower Hamlets and Hackney, for fun and friendship.

That’s where we need your help: whether you could lead a one-off social club on graphic design or feminist literature, know a space where we could hold events, or want to get to know an older neighbour over the long-term, sign up and get involved. 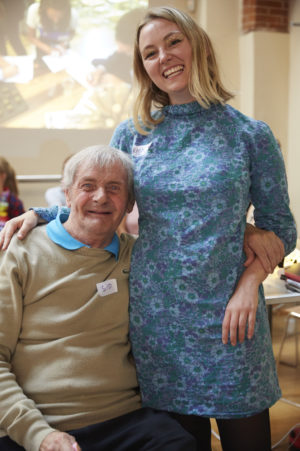 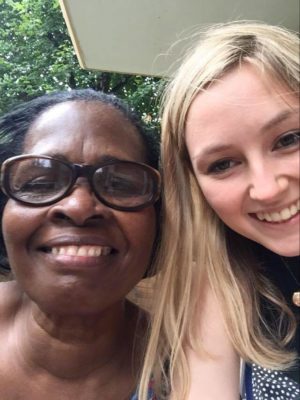 Posted by Rosa Friend on Wednesday 22nd May 2019