Back in March 2020, we introduced younger neighbour Rosanna (29), to Tony (93) through our Love Your Neighbour programme for one-to-one friendship, conversation, and company. Over the last two years, the Hackney pair developed a lovely and unique friendship, and enjoyed catching up over a cuppa at their local café. Sadly, Tony passed away in April, and Rosanna has shared some of her memories to celebrate their friendship. 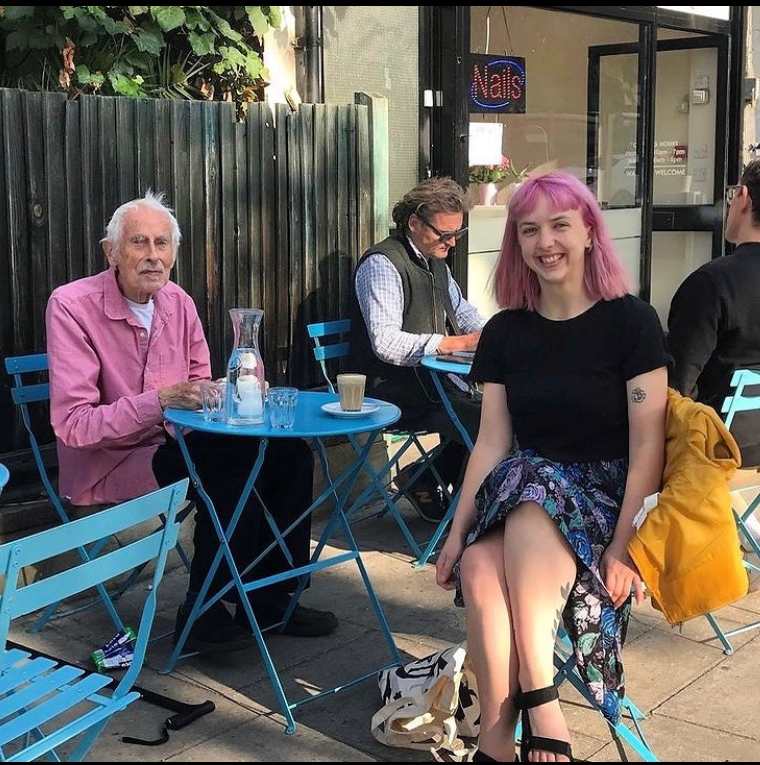 Speaking to Tony was interesting. He’d done a lot. He’d had multiple careers – as a civil servant, a primary school teacher, and a woodworker, to name a few. He seemed embarrassed, as if not sticking to one thing was somehow a failure, but to me it was fascinating. It reminded me that there are so many things I could go on to do, things that are not even on my radar. He’d also experienced a lot. After binge watching the Crown (him not me), he told me about how he was a similar age to the Queen, and that he remembers her speech to evacuated children - and that he was one of them.

Speaking to Tony, I learned what we had in common. We both liked doing things and we both liked a routine. We both had a repertoire of hobbies – for him, painting, playing the piano, speaking French, jogging, and meditation – and for me, reading, writing, seeing live comedy, and running. We both liked drinking coffees in cafes around east London and Well Street Kitchen became our meeting spot once restrictions eased. We could both see the benefits of slowing down in the early stages of lockdown and we also both got bored a year later, when we were still unable to do what we liked (namely catching up over a coffee). We were both left leaning politically and we’d both volunteered at Crisis at Christmas. We also both liked cheese on toast.

Speaking to Tony made me realise the importance of reflection. One of my most memorable conversations took place over the phone, shortly after the murder of George Floyd, when he told me about how he’d been reflecting on racism at large, as well as its effect on the people around him. We talked about empire and the uncritical lens with which it was taught to us. We also spoke about sexual harassment in the workplace, inspired by a conversation he’d had with his flatmate. When I had a routine operation and needed to recover, he said it reminded him that young people can be out of action and have to go through things too.

Speaking to Tony made me do things. As a healthy, then 27-year-old, I couldn’t not go for a run, when my then 91-year-old friend was jogging every day. He also reminded me to prioritise my mental health and wellbeing. Hearing someone talk about their mental health so openly and their weekly therapy sessions reminded me that self-care is a long game. Speaking to Tony also reminded me to not do certain things. Saying, "Sure, I guess I can speak French with you" when I struggled to obtain an A level in it only left us both frustrated. Luckily, he was later matched with a French tutor and was able to practice, leaving us the time to just chat.

Speaking to Tony allowed me to understand my local area. When I told Tony I worked for a literacy charity on Kingsland High Street that used to be a bookshop, he said, "I used to take my kids there." What, for me, had previously just been a basic understanding of Centerprise Bookshop (and its fascinating history) had suddenly come to life and in what, to him, was just a casual remark.

Speaking to Tony was lovely. I made a new friend and in such a strange time too. I will remember him fondly. 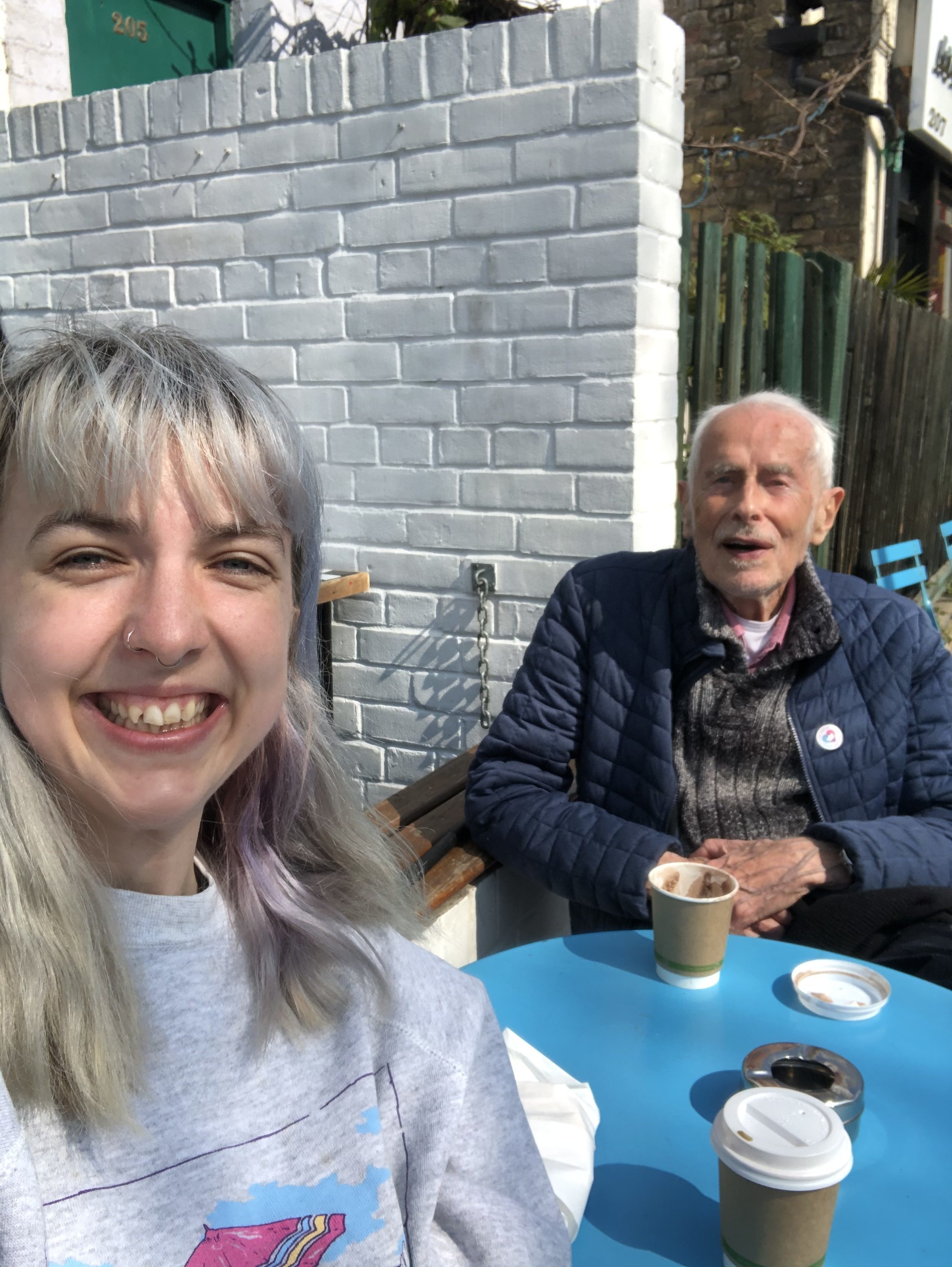 Posted by Rosanna Hutchings on Tuesday 10th May 2022

Younger neighbour Rosanna is based in Hackney, and has volunteered with East London Cares for over two years.

Sign up for our monthly storytelling email, to hear inspiring stories from your community, find out what’s on and hear how you can get involved